We're proud to support the hospitality sector get Back to Business with the launch of two new training packages designed to inspire customer confidence, take a look here. We have also created a new free course focused on the safe reopening of these venues, here.
BLOG ARTICLE

What is the Children Act?

Whilst there is no single law or policy that encompasses child protection in the UK, there is a piece of legislation that widely influences most of the systems and practices that are in place today. This legislation is known as the Children Act and was first introduced in 1998.

In England, the Department for Education is the government sector responsible for all child protection policy. On a local level, local safeguarding partners such as the police, the local authority and designated safeguarding groups are in charge of managing any complaints or issues and ensuring that the principles of the Children Act are upheld.

If you work with children in any capacity then you will be affected by the legislation of the Children Act. Understanding the key principles behind it and how it affects procedures such as safeguarding, reporting harm and protecting children’s welfare is vital to adhering to the law and ensuring that the young people in your care remain safe.

The Children Act 1998 provides a framework for all kinds of safeguarding and child protection systems and laws that have been implemented across England. The key focuses of the Act are the importance of children’s welfare and the requirements and expectation of anyone who has a duty of care to a child.

Whilst there have been amendments made to the Children Act since its original release, the 1989 version is still referenced and influences a lot of child protection policy today.

Why was the Children Act 1989 introduced?

There are ten key parts to the Children Act 1989, each focusing on a different aspect of child welfare and safety.

The introduction of the Children Act explains the key principles of the legislation. These are:

Part of the ‘paramountcy principle’ is that all adults involved in legal proceedings involving child welfare need to be aware of the fact that delays in intervention could have a critical effect on the child involved. This fact has to be considered along with the child’s wishes and needs, aspects of their identity and circumstances, and whether their parents are capable of meeting their needs.

The introduction also outlines what is meant by ‘parental responsibility’ which is defined as "all the rights, duties, powers, responsibilities and authority which by law a parent of a child has in relation to the child and his property".

Anyone who has legal parental responsibility for a child can act alone in making a decision about their child’s welfare.

Part 2: Orders With Respect To Children In Family Proceedings

A prohibited steps order is an order which stops someone from taking any steps to meet their parental responsibility without the consent of a court.

A specific issue order gives direction to determine what happens in connection with a query that has been raised with the court regarding the parental responsibility for a child.

This section of the safeguarding legislation outlines what the responsibilities of local authorities are concerning children and their welfare who live in their area. A particular responsibility of the authorities is “to promote the child’s educational achievement”.

One of the key responsibilities is that a local authority must provide a range of services for ‘children in need’, as part of their safeguarding duty. They must also provide accommodation for any child who does not have someone with parental responsibility to take care of them, or if their available parent would put that child at risk by living with them.

If a child has been cared for by a local authority until they are a legal adult, the authority must provide them with advice and assistance, which includes appointing a personal advisor to assist with the transition into independent living if that is what the child wishes.

This section outlines the legal care and supervision orders that can be given by the court in certain circumstances where a child may be at risk of harm.

A supervision order is less severe but is still put in place to protect a child that is deemed at risk of harm or in need. It requires a supervisor appointed by the local authority to provide assistance and support to the child and to monitor the situation and apply for a legal change to the order if required.

When these orders are being considered in court, a guardian can be appointed to a child to safeguard their interests and represent their desires during the legal proceedings.

This section of the welfare legislation is particularly important, as it gives a local authority the legal duty to investigate any cases where a child is believed to be at risk of harm.

If a local authority is worried about the welfare of a child and unable to complete a full assessment without legal assistance, they can request a child assessment order that determines if they need to intervene. In more serious cases, an emergency protection order can be given which would give a local authority the right to remove a child from a situation immediately to prevent serious harm.

Under part 6 of the Children Act 1989, all local authorities must have community homes that are available for any child who needs looking after in the absence of a suitable figure of parental responsibility.

Instead of being placed in a community home by the local authority, a child can also be placed in a voluntary home or with a voluntary organisation. This could be with another relative of theirs, a family or any other suitable person.

Another alternative arrangement for children who are not safe living with their parents is for the local authority to place them in a children’s home. If this happens, the person running the home has a legal duty to manage the child’s welfare and safeguard them against harm.

The final important section of the Children Act 1989 outlines what steps the local authority must take when registering childminders and those who work in day-care centres, to protect the children that are under their care. It permits inspections to be carried out in childminder’s home or day-care centres and outlines what to do if it is believed a child is at risk with a childminder.

The Children Act 2004 is a development from the original 1989 version that brought in new guidelines for the protection of children and revised and updated some of the safeguarding legislation. Much of the original Act was left the same, but several aspects were amended and clarified to improve the child welfare services in the UK.

Why was the Children Act 2004 Introduced?

The creation of the Children Act 2004 was started by the investigation into the murder of Victoria Climbié, an eight-year-old girl who was tortured and killed by her guardians in 2000. Her death prompted an inquiry into child protection legislation in the UK to decide whether it needed updating to prevent cases like Victoria Climbié’s death from happening again.

This inquiry led to the development of the ‘Every Child Matters’ green paper, produced in 2003, which outlined the Government’s proposals to reform and improve child welfare across the country. This initiative outlined five key principles that all children have:

The Children Act 2004 made changes and additions to the child protection framework that already existed in England to ensure that all children could achieve the rights outlined in ‘Every Child Matters’.

When was the first Children Act introduced?

What is Section 17 of the Children Act?

Section 17 of the Children Act (1989) is one of the most important parts because of its association with safeguarding. This section places a responsibility on all local authorities to ‘safeguard and promote the welfare of children within their area who are in need’ and outlines what a ‘child in need’ assessment involves.

What is significant harm in the Children Act (1989)?

The Children Act 1989 and 2004 were both instrumental in improving the safety and welfare of children across England and ensuring that local authorities took the appropriate steps to provide services and systems for any children in need within their area. Whether you work directly with legislation involved in the Act or just come into contact with children as part of your job, understanding what laws affect your work is essential in knowing what to do in an emergency and preventing any child from facing danger at home.

If you’d like to learn more about safeguarding and the various laws and legislation that inform the protection of children, Virtual College has a wide range of safeguarding courses available for all levels of responsibility. 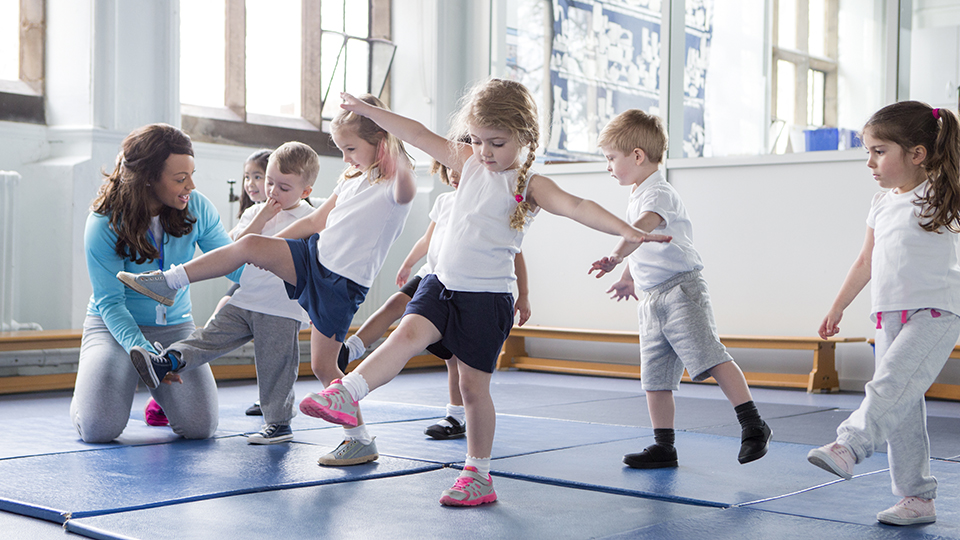 What is safeguarding?
This article looks at what safeguarding is, When it is used, What constitutes abuse, Ways of safeguardinging, Legislation and Responsibility of employers. Whether you safeguard adults, or children this resource is relevant to you and full of useful information. 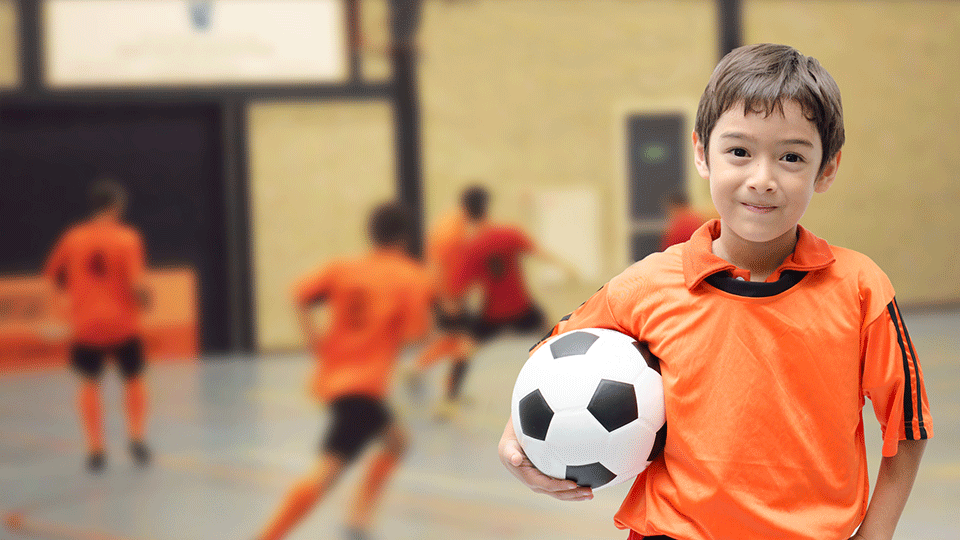 Safeguarding in sport
Learning and development in sport, specifically when it comes to safeguarding, has not always been a high training priority throughout many sporting bodies and organisations. 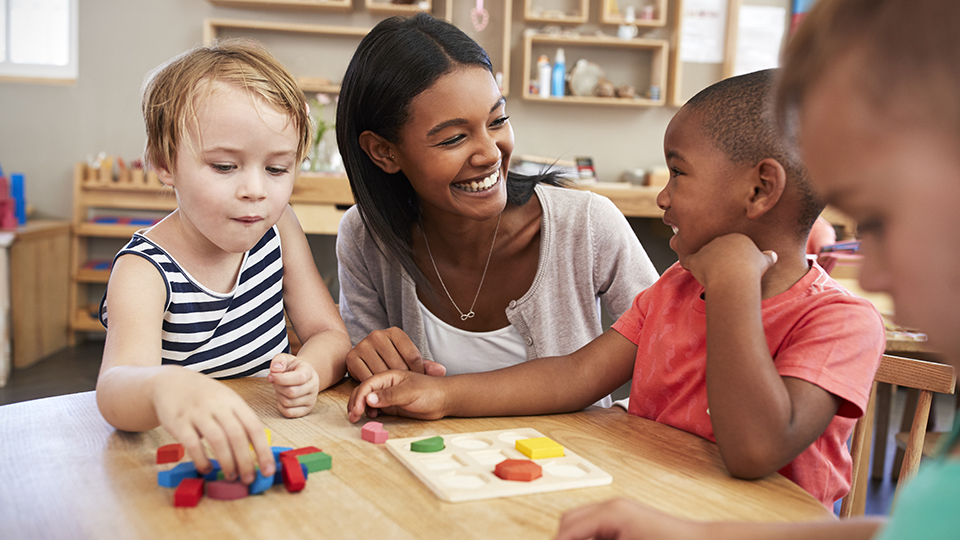 Safeguarding Within a Nursery
Safeguarding is critical to the health and development of nursery age children - find out what it means in this article. 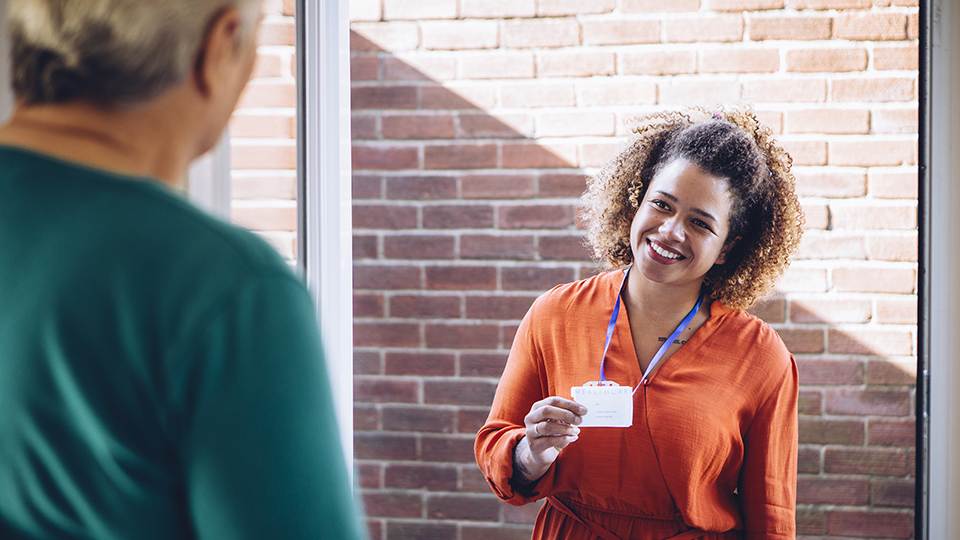 What is Safeguarding in the Workplace?
Safeguarding is the practice of ensuring that vulnerable people have their health, well-being and rights protected in society. In this article, we’re going to consider what safeguarding means in the workplace - what it covers, and what employees need to do. 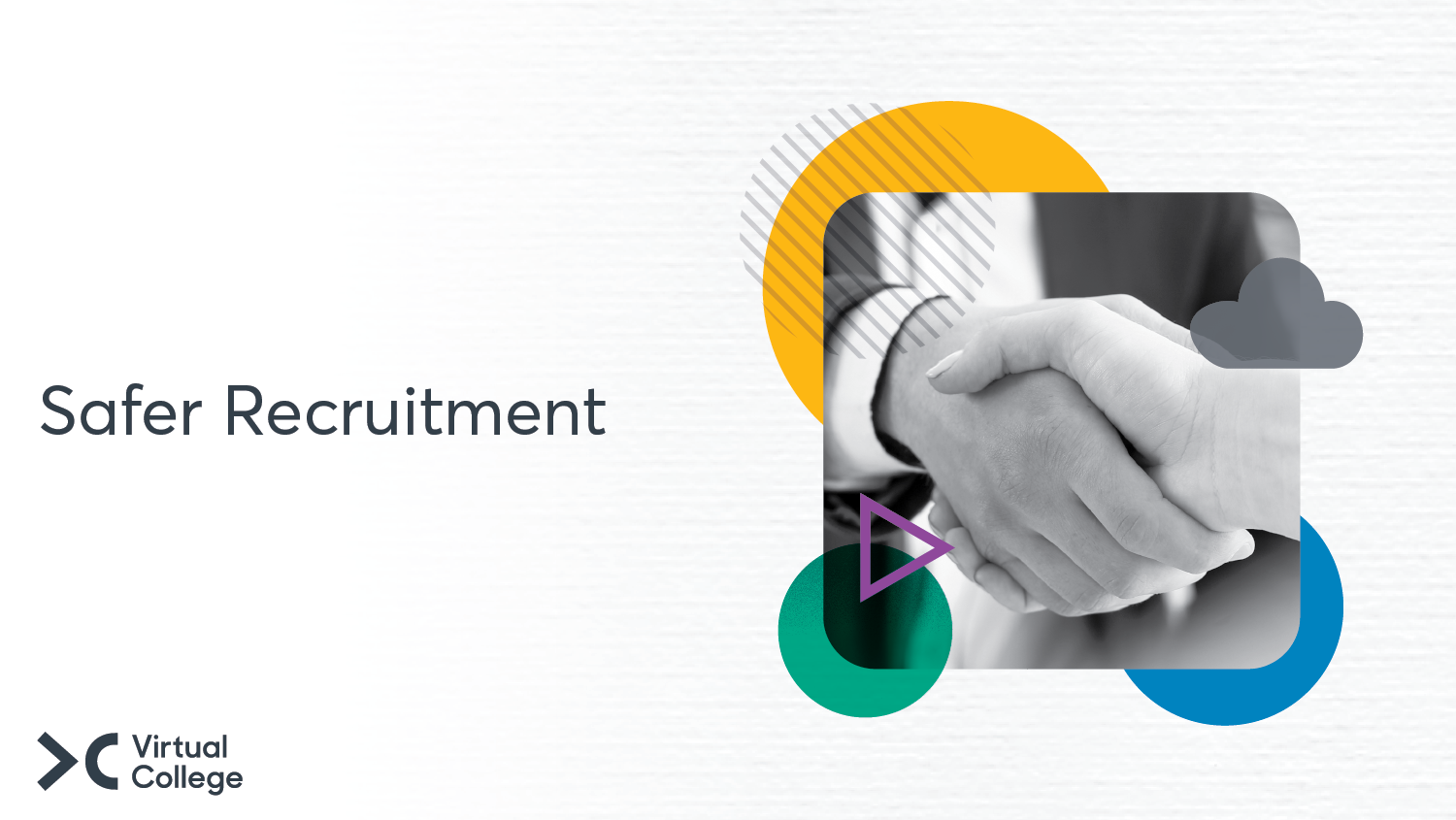 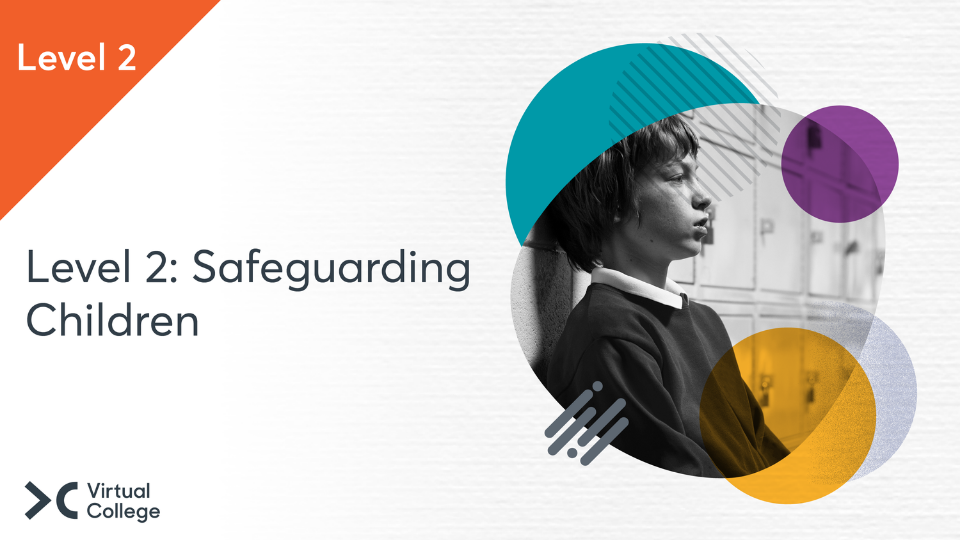 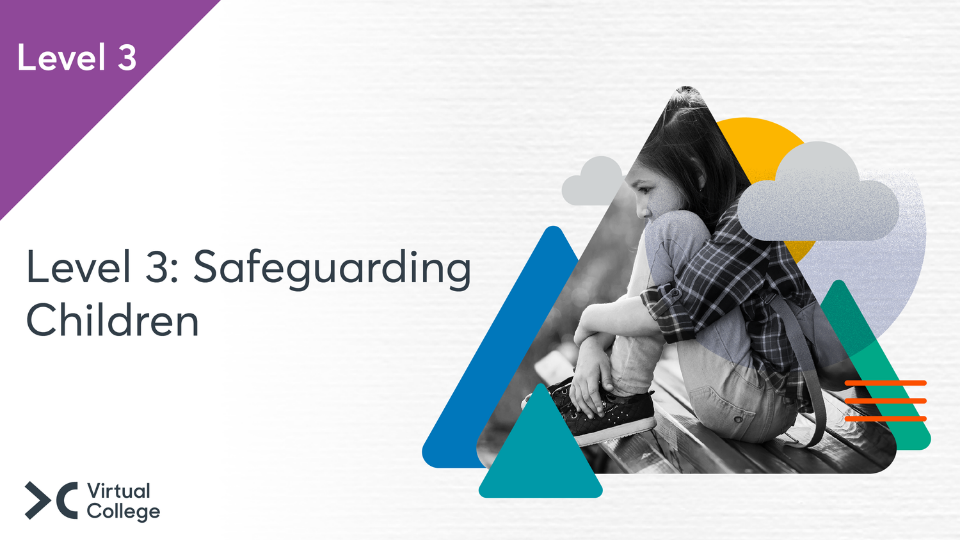 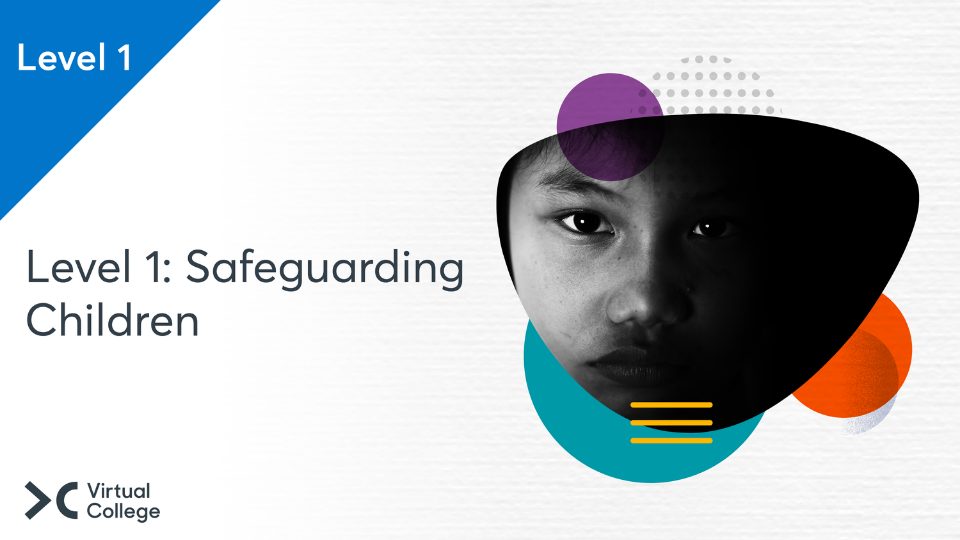 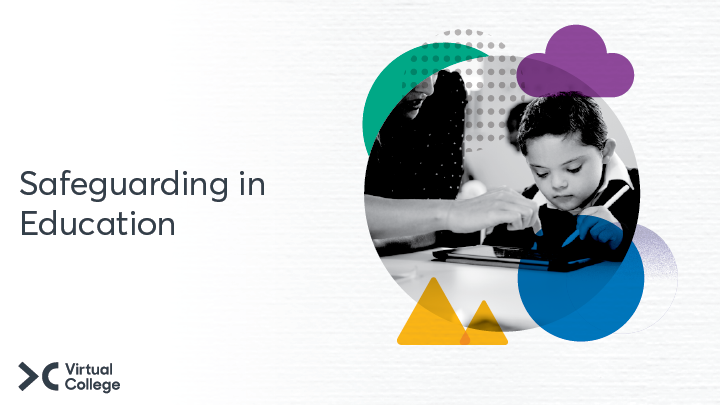 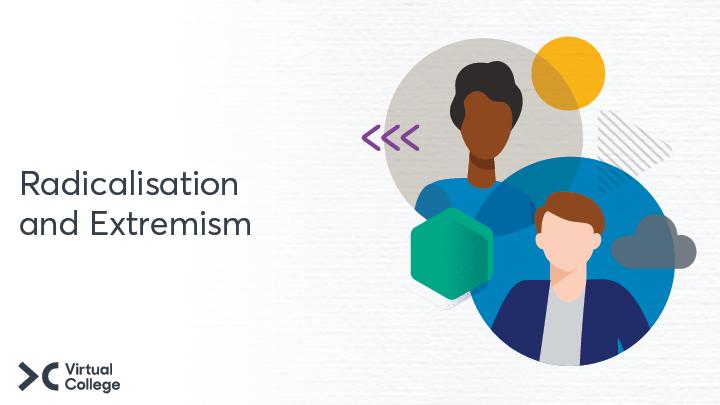 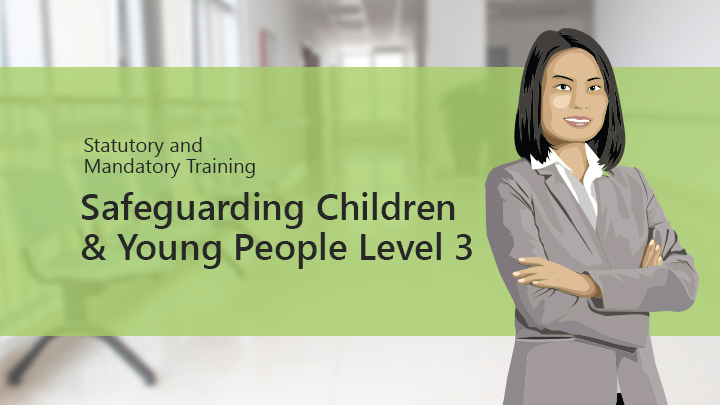 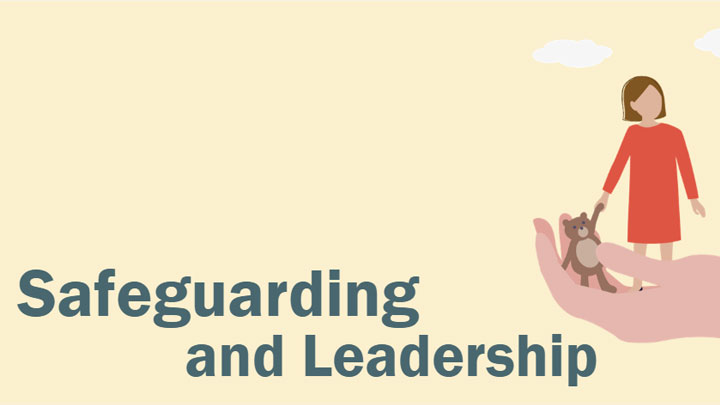