A guide to the different types of asbestos

Before the health risks associated with working with asbestos were identified, the properties of the substance meant that it was favoured as a building material because of its strength and heat-resistance in particular. Now, the damaging effects of asbestos exposure are well known and diseases related to the substance affect around 5000 people a year in the UK.

Despite now being banned from use, many buildings still contain asbestos, and those who work in construction, refurbishment or maintenance may come into contact with the material during certain projects. Part of working safely with asbestos is being aware of the different types of the material and where they are most commonly used.

Technically speaking, asbestos is the name given to different types of minerals that grow in a pattern described as asbestiform. It’s a fibrous mineral that is used in construction materials because it has properties such as heat-resistance, sound-absorption, and incredible strength.

Asbestos is made from hundreds of mineral fibres packed together that can vary in size and shape and can be a wide range of different colours. It was mined from countries across the world, and the fibres were added to cement or woven into fibres to give buildings and equipment desirable properties.

Asbestos containing materials (ACM) were most commonly used as insulation for buildings that were built before the health risks associated with the material were realised.

Why is Asbestos Dangerous?

Between the 1950s and 1980s, hundreds of construction and maintenance projects took place in the UK that used ACMs. It wasn’t until 1999 that the material was banned in this country because of the increase in lung-related diseases found in those who had worked with or around asbestos in the past.

Asbestos poses a danger to human health because disturbing the material causes the fibres to separate and float through the air, where they can be inhaled. Once the fibres are inside your body they cannot be removed, and this can cause several very serious lung problems and diseases.

In order to remove ACM safety, those working around the asbestos must wear full protective clothing and respiratory equipment to ensure that none of the fibres are accidentally inhaled.

The dangers presented by asbestos exposure are daunting, but it is also worth knowing that most asbestos is entirely safe as long as it has not been damaged or agitated. If there is asbestos present in a building or product then it is best to have it removed, but if the material has not been disturbed then it is unlikely to have caused any significant health issues.

What are the Types of Asbestos?

You are more likely to encounter certain kinds of asbestos when you are working on a building project, but it is important to be able to correctly identify all types and understand where they are most commonly found. There are six different types of asbestos which are split into two different groups; serpentine and amphibole.

Fibres of serpentine asbestos tend to be long and curly, and are formed of sheets of crystals. Chrysotile is the only type of asbestos that belongs to this mineral family, but also makes up the majority of asbestos material used around the world.

Every other type of asbestos belongs to the amphibole family, which is characterised by its needle-shaped fibres. This type of asbestos is thought to be far more dangerous because of the shape of the fibres, but is found less frequently in buildings and other materials.

Chrysotile, Amosite and Crocidolite are the three main types of asbestos that were used in building work, and will be the kinds of asbestos that you most frequently come into contact with if you are working with older buildings and materials.

Asbestos fibres that are classified as Chrysolite are more flexible than most other types and usually white in colour, although they can also be green, grey or yellow. The fibres are very long and fine, and tend to curl in on themselves which has also given them the name ‘curly asbestos’.

After Chrysolite, the second most common type of asbestos is Amosite, which is one of the most dangerous kinds of the material. Amosite is also known as brown asbestos because of its colour, although it can also be green or pale grey, and was predominantly found and mined in Africa.

Amosite is incredibly strong and heat-resistant and therefore is most often found as the thermal insulation for pipes, tanks, boilers and other electrical materials. It has also been used in cement, and as part of ceiling tiles and insulative building boards.

The fibres that form Amosite are very long, thin and sharp, like needles, which is what makes them so dangerous if accidentally inhaled.

Crocidolite is also known as blue asbestos because of its distinctive colour, and was predominantly used as the insulative material for steam engines. In commercial and domestic buildings, this kind of asbestos has been used as a spray-on coating for insulation and fire protection, and is also sometimes found in plastic or cement.

The fibres in Crocidolite are very short, thin and brittle, which makes it the most dangerous asbestos because the fibres can very easily break and become airborne. Levels of exposure when working with this type of asbestos are very high, and full protective equipment is usually needed.

Tremolite, actinolite and anthophyllite are minor types of asbestos that appear much less frequently in building work. These kinds have never been sold commercially as a material, and instead are found as trace components of other asbestos products.

Tremolite fibres are most commonly found within Chrysotile asbestos and are a very similar fibre to Actinolite. This kind of asbestos can be white, grey or green, and has a short and thin shape that makes it very harmful when inhaled.

As well as being found in materials containing Chrysotile, Tremolite fibres have also been used in paints, sealants and even talcum powder. Its shape also means that it can be woven, so the fibres are also present in some kinds of cloth.

Both Tremolite and Actinolite are a type of amphibole mineral that can also occur in non-asbestos form.

The fibres of Actinolite asbestos are either green or dark grey and have a very similar shape to the short, thin fibres of Tremolite. These fibres appear as trace contaminants in other asbestos products or can be found tightly packed together as an insulative material, as Actinolite expands when it is exposed to heat.

Actinolite is a derivative form of Tremolite, and can also be woven into fabrics to give them insulative properties. The fibres have been found in sealants, paint, and have also appeared in drywall material.

The rarest form of asbestos is Anthophyllite, which can be brown, grey or green. These asbestos fibres are very short and brittle, so even though it is a rare form of the material, Anthophyllite is still very dangerous if inhaled.

Anthophyllite was not frequently used in commercial products, but traces of this type of asbestos have been found in composite flooring. Tiny fibres have also appeared in talcum powder, which can still cause health problems if inhaled despite the very small amount of asbestos present.

How do you know if Asbestos is present?

Asbestos is much more likely to be present if you are working in a building that was constructed before 2000, but there is no sure way of knowing what materials or objects might contain the fibres.

To give you more of an insight, here are some types of asbestos product which you may find inside a domestic home:

If you are dealing with industrial products and buildings, asbestos may be found in:

Asbestos is also found in several older, automotive products, such as:

When is Asbestos Dangerous?

All types of asbestos are dangerous, but only when the dust or fibres become airborne and can be inhaled. When asbestos is left undisturbed it is a relatively harmless material, which is why such care has to be taken during building work that might agitate and release the asbestos fibres.

Asbestos poses the biggest risk to health when the material is ‘friable’, which means it can be easily broken apart and is not suspended in something else. Non-friable asbestos is not dangerous unless it is damaged, because the fibres are contained in objects such as floor or ceiling tiles, doors and countertops.

How is Asbestos Removed?

Asbestos should only be removed by trained professionals, and only after a comprehensive asbestos risk assessment has been carried out to identify what kind of asbestos is present and how best to remove it.

Those who are handling the asbestos or coming into contact with ACMs should always wear full protective clothing and respiratory equipment to ensure that fibres don’t are no inhaled or picked up on their skin and clothing. In larger-scale removals, it may also be necessary to install ventilators in the area that asbestos is present, or seal off certain parts of a building or site in order to avoid contamination elsewhere.

Once the material or products containing asbestos have been removed, they will be stored securely and disposed of by specialists who ensure that none of the harmful fibres remain.

What colour is asbestos?

Some types of asbestos are known by their colour, such as white asbestos (Chrysotile) and brown asbestos (Amosite). Despite this, asbestos actually comes in lots of other colours including grey, green and yellow, and it isn’t possible to identify which type of asbestos is present just from its colour.

What is asbestos made from?

Asbestos is a naturally occurring silicate mineral that is made up of lots of thin, long fibrous crystals. These fibres break apart if agitated and become airborne, but are usually far too small to see.

Which type of asbestos has the best fire protection properties?

Amphibole types of asbestos such as Crocidolite and Amosite have the best fire protection properties, as they have higher heat resistance and are not particularly friable. However, serpentine asbestos was also used for fire-proof insulation because it was more commonly found.

Even though asbestos has not been commercially sold or used in the past twenty years, it still presents problems for those who work in trades such as maintenance, building and refurbishment. However, there are plenty of steps that you can take to minimise the risk of asbestos exposure, and knowing the different types that exist and where they are commonly found is very important for those who may come into contact with the material.

If you would like to learn more about the risks and features of asbestos, our Asbestos Awareness online course contains essential information and guidance for anyone working with or around the material. 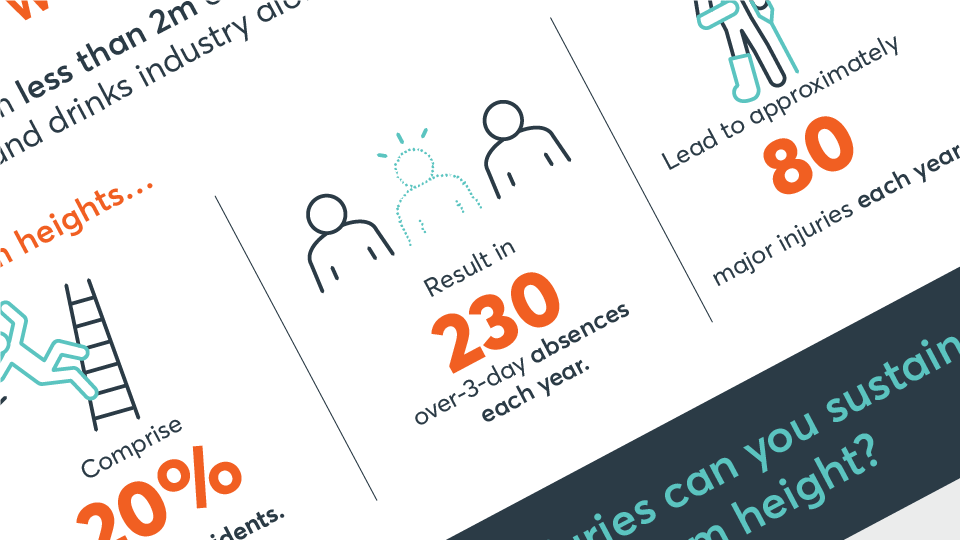 How to stay safe when working at height 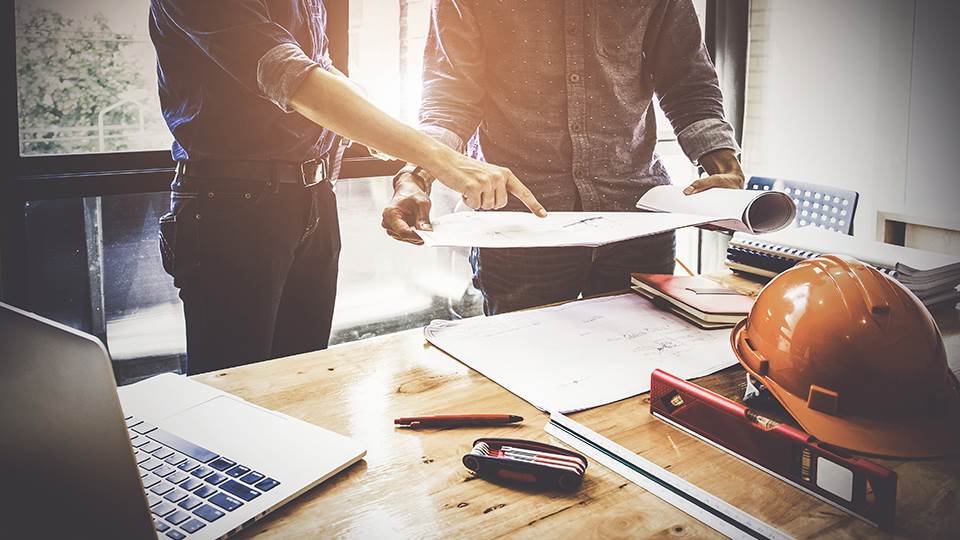 Fire Safety for the Construction Industry
In this article, we are going to take a look at the main points to note when it comes to fire safety on construction sites. 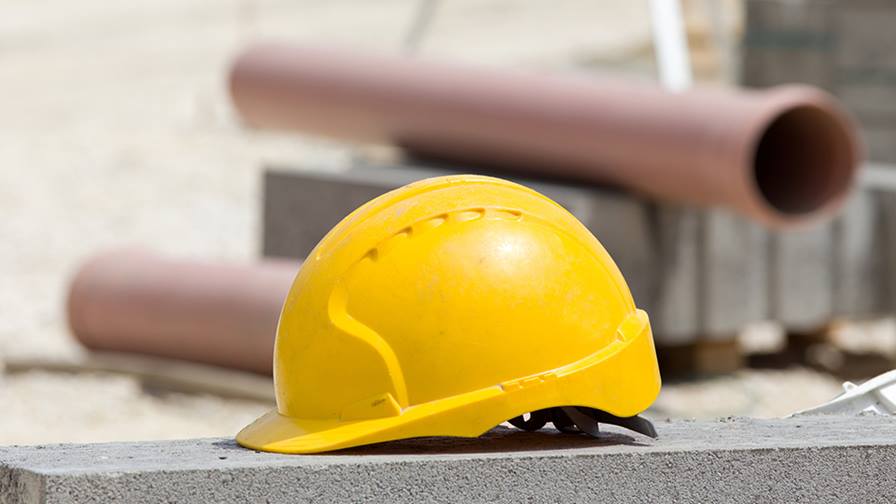 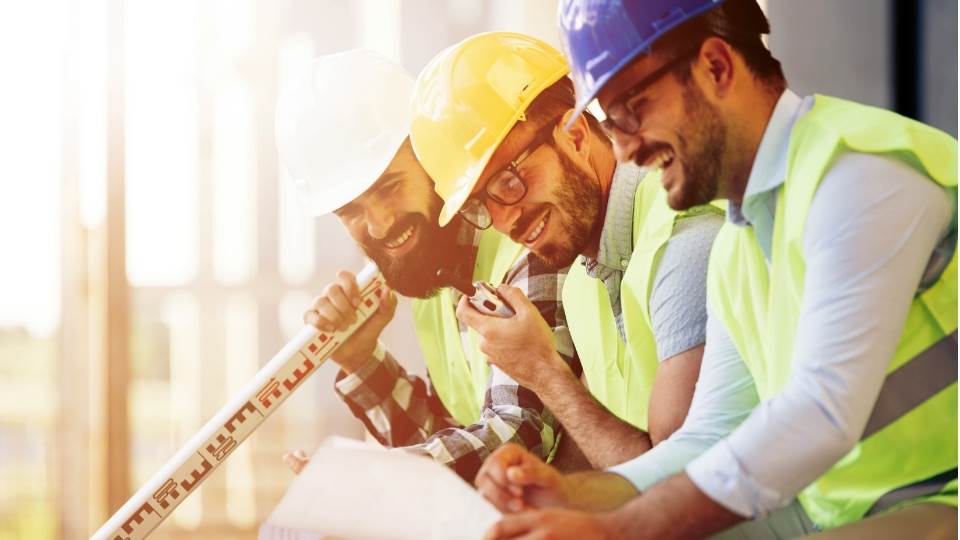