Not read any of our L&D reports yet? Take a look at our "Evolution of L&D Roundup" document to discover key themes and topics from each

How to Respond to Negative Feedback

Whether it’s from a friend, a client or your boss, nobody really enjoys receiving negative feedback. It’s difficult being told that something you’ve said or done missed the mark or caused a problem, and when you’re in the moment it is often very hard to know how to respond.

But the way that you respond to criticism is the key to making the best of an unfortunate situation. A good response to bad feedback can diffuse a negative atmosphere, demonstrate understanding and accountability, and turn a one-sided conversation into an opportunity to learn and improve.

What is Negative Feedback?

Negative feedback is a type of criticism that highlights the difference between expected or desired behaviour and the actual behaviour that is being observed. It is usually given to an individual by another individual or a group, who will discuss what they think has been going on and suggest ways for a more desirable outcome to occur.

Many people dread receiving negative feedback and believe the whole experience to be unhelpful and unpleasant, but this doesn’t have to be the case. Whilst it is difficult to receive criticism for your words, work or behaviour, there are many ways that you can put a positive spin on these situations and change what could otherwise be a difficult conversation.

Negative feedback can come from nowhere. The trick to receiving it gracefully and finding the best path forward is to have a plan in place before you’re put in the situation, so you can follow the best course of action.

The below steps take you through the process of responding to negative feedback in a receptive and productive manner. You do not have to follow every step listed, but each of them helps to reframe the situation and find positives in the experience.

Most people’s initial reaction to hearing something negative or critical about themselves is to snap back and get defensive. However, this immediately changes the atmosphere and energy of a conversation and makes it incredibly difficult to return to a place where any progress can be made, as well as making the person giving the feedback feel more defensive as well.

Whilst a sharp reaction to negative feedback may be most people’s instinctive response, the best thing you can do in that first moment is to take a breath and say nothing. Listen to what has been said, let it sink in, acknowledge that it may be making you feel upset or angry and then give yourself some time to let your emotions settle.

Taking a moment after getting bad feedback is the best thing you can do to turn a negative situation into a more positive one. It’s a skill that may take time to master, but it’s one that will serve you well in all kinds of situations.

Once you have let your gut reaction dissipate, it can be very helpful to ask for clarification about what the problem actually is. Negative feedback can often get wildly misunderstood because we have an emotional reaction to it, and often what someone is actually trying to tell you is totally different to what you initially heard them say.

You can ask whoever is giving the feedback to repeat themselves or you can ask them to deliver the feedback in a slightly different way. This in particular is an excellent method of clarifying what is being said, as it lets you strip away anything unnecessary and identify the heart of the problem.

To ensure that you and the person delivering the feedback are on the same page, it can also be useful to repeat back to them what you think they have told you. Not only is this a good method for helping you to understand, but if you’ve misinterpreted something then it will immediately be picked up on and straightened out.

Once you feel that you have understood the feedback that is being given, one of the best methods for dealing with negative feedback is to ask the other person questions so that you get a better idea of where the issue actually is, when it was identified as an issue and who it is affecting. It’s important not to turn this into a kind of interrogation, but getting a full picture of what other people feel has gone on will be the most beneficial for getting something useful out of the situation.

Useful questions that you may benefit from asking include:

Asking for advice at this stage of dealing with negative feedback is a good move, as it shifts the tone of the conversation from critical to constructive and demonstrates that you want to learn from the past and avoid mistakes in the future.

Leading on from that last point, a good response after being given negative criticism is to use the conversation as a tool to decide on an action going forward. This is a particularly good approach if you’re receiving feedback in a workplace context from someone more senior than yourself, as it demonstrates a willingness to learn and improve.

If the feedback is about something specific then it is usually quite easy to make a plan for how the same event is not going to happen again. If the feedback you’ve been given is more general, ask the person giving it what they think you should do to improve, ask for support in the short term if you feel it is needed, and actively make a plan for the future that is going to minimise the chance of receiving negative feedback again.

This piece of advice for dealing with negative feedback is more general, but it is worth trying to remember not to get emotional when having critical conversations. It is easy to take negative feedback very personally and get upset or angry when we feel like we are being singled out, but these responses make it harder to get anything positive out of the conversation and can make some situations worse.

If you do feel yourself getting emotional or personally offended when you try to reply to negative feedback, acknowledge that this is a very normal response and don’t berate yourself for feeling hurt. Instead of giving in to these feelings and letting them dictate the situation, try and create some distance from the situation so that you can decide on a course of action and engage in a conversation without getting upset or cross.

If you’ve been given critical or bad feedback from colleagues, your boss or even a friend, one of the most useful pieces of advice you should follow is not to dwell on it too much and keep moving forwards. If you wallow in your reaction and keep revisiting the situation, you’re more likely to make the same mistakes again and end up trapped in a cycle without any progression.

Remind yourself that making mistakes is something that everyone does, and try to adopt a growth mindset that helps you reframe the situation as an opportunity to learn and develop. If you find your thoughts straying back to the memory of being given negative feedback, try and remember what you did to make the best of a bad situation and then move on without dwelling on any negativity for too long.

What is constructive feedback?

Why is negative feedback important?

Negative feedback can be a really important starting point for inciting change. Whilst it is usually better to give constructive criticism instead of outright bad feedback, being told where your behaviour or work might be lacking means that you have the chance to do better, learn from your mistakes and improve to avoid any similar negative feedback in the future.

Negative feedback is also important because it offers an opportunity to practise changing your mindset to put a positive spin on a difficult situation. This is a really useful technique that has a multitude of benefits, one of the biggest being that you’re much more emotionally resilient.

Why do we focus on negative feedback?

It’s a lot easier to dwell on negative feedback than it is to remember positive praise. When most people make a mistake their minds have a tendency to dwell on and relive it, which some experts believe is an evolutionary process that means we are less likely to make mistakes that could be dangerous.

However, when you’ve received negative feedback it’s unlikely that the issue highlighted is going to pose a real threat. Whilst your mind may keep dwelling on it, try and flip this response on its head by reframing the memory as an opportunity to learn and do better next time.

Nobody enjoys receiving negative feedback, and in an ideal world, situations that involve criticism would be framed in a constructive, positive light. However, there will still be occasions in all kinds of contexts where we are met with negative feedback from peers, colleagues or managers, and knowing how best to respond in these kinds of situations will ensure that you end up with a more positive outcome and hopefully avoid similar encounters in the future.

If you’d like to find out more about the best ways to give and receive feedback, we offer a ‘Giving Constructive Feedback’ online course as part of our Leadership and Management resources that offer more insight into the importance of feedback and how to have constructive conversations. 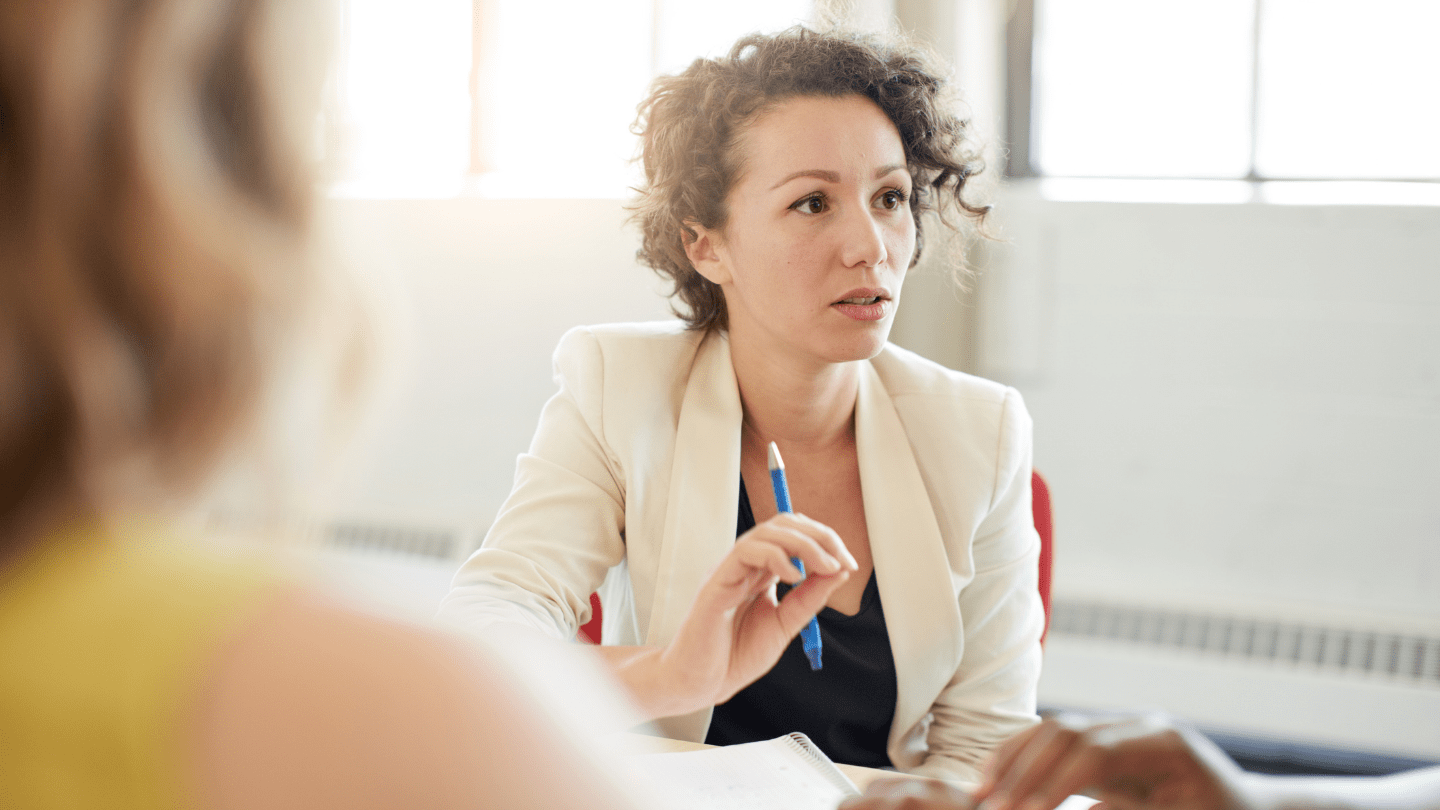 What is the Performance Management Cycle?
Performance management keeps companies moving forwards but also helps employeees develop their skills and knowledge too. Here we look at one of the common models used for this, read more. 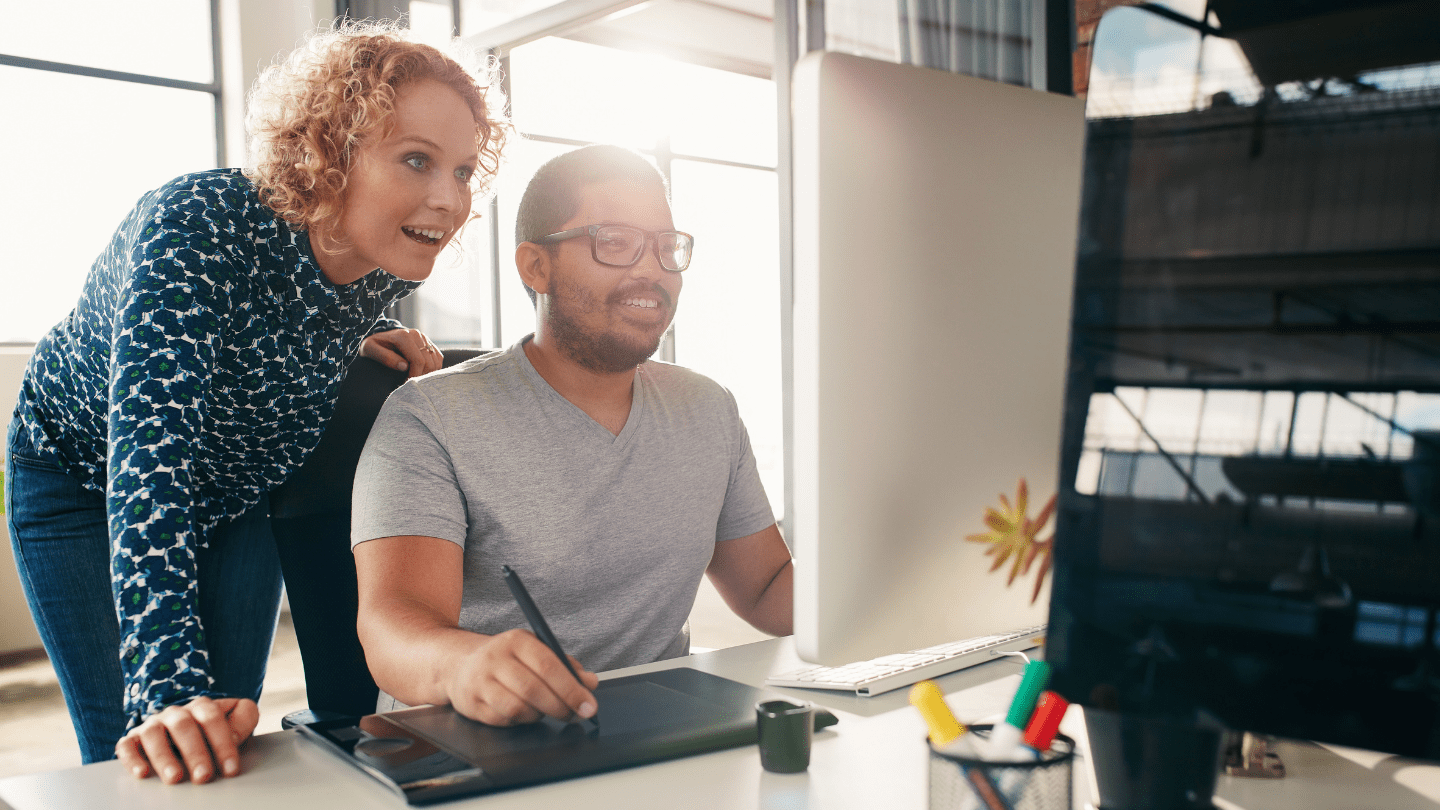 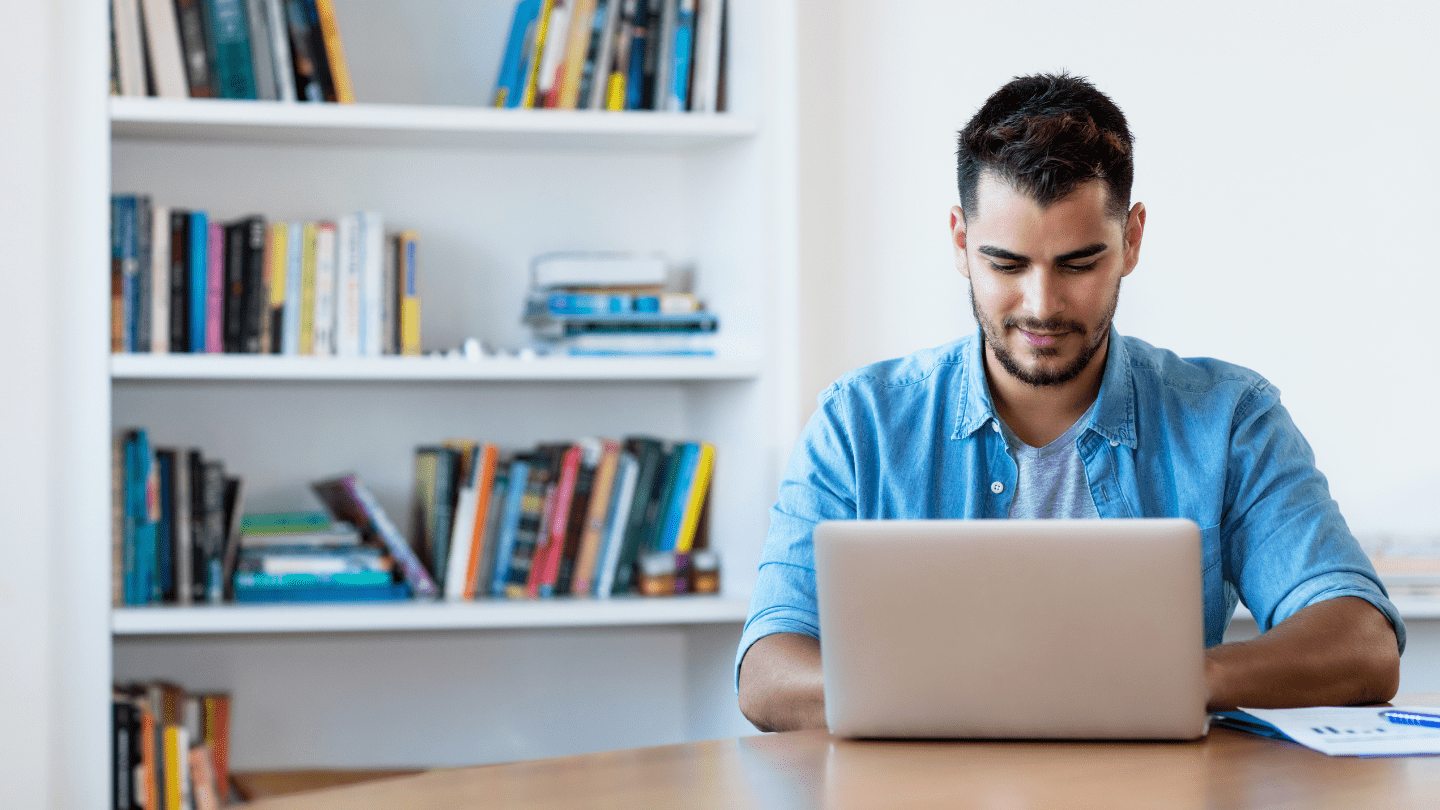 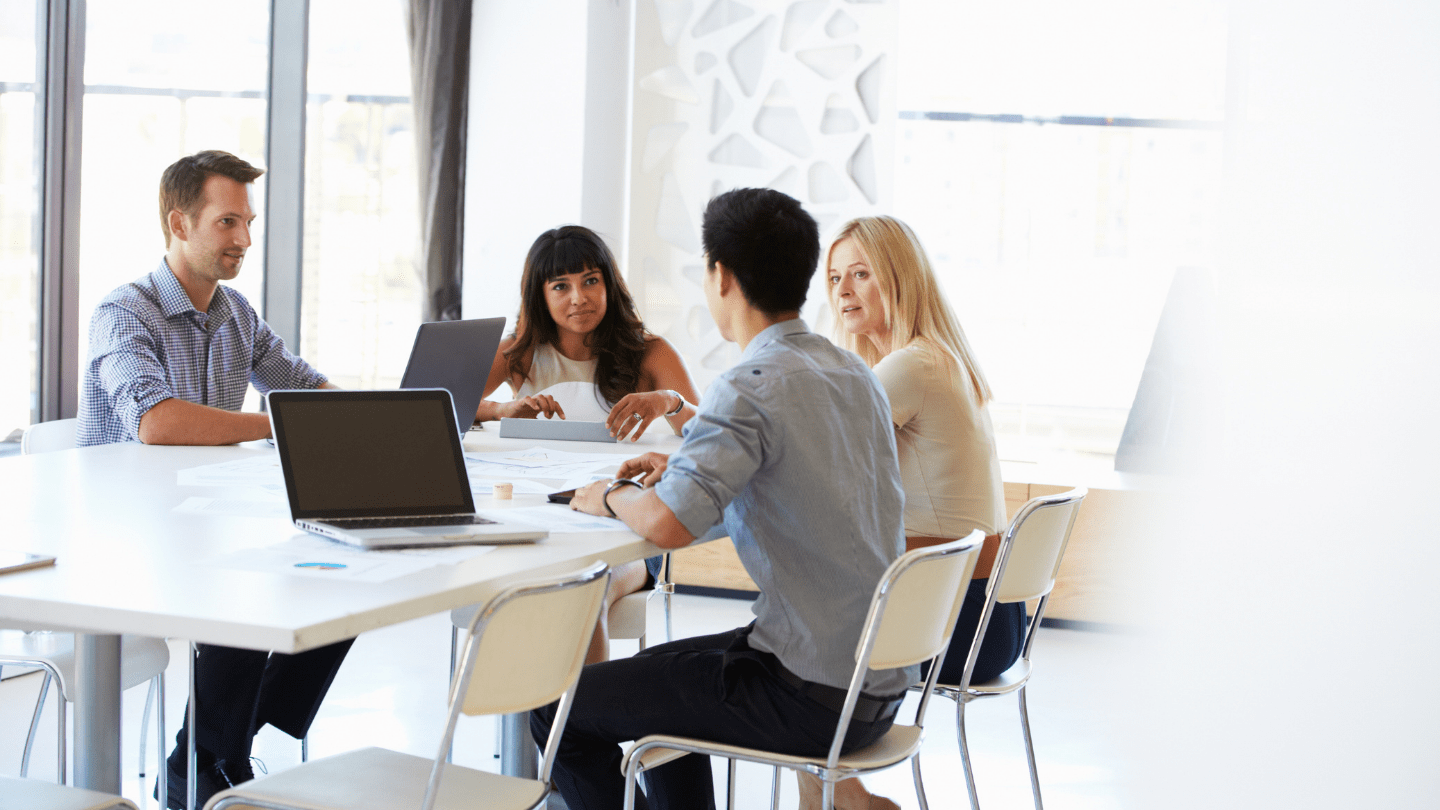 Why Networking is Important
For the majority of people, networking is a key part of their job. Here we look at why it is so important and the benefits of networking in both your personal and professional life. Read more. 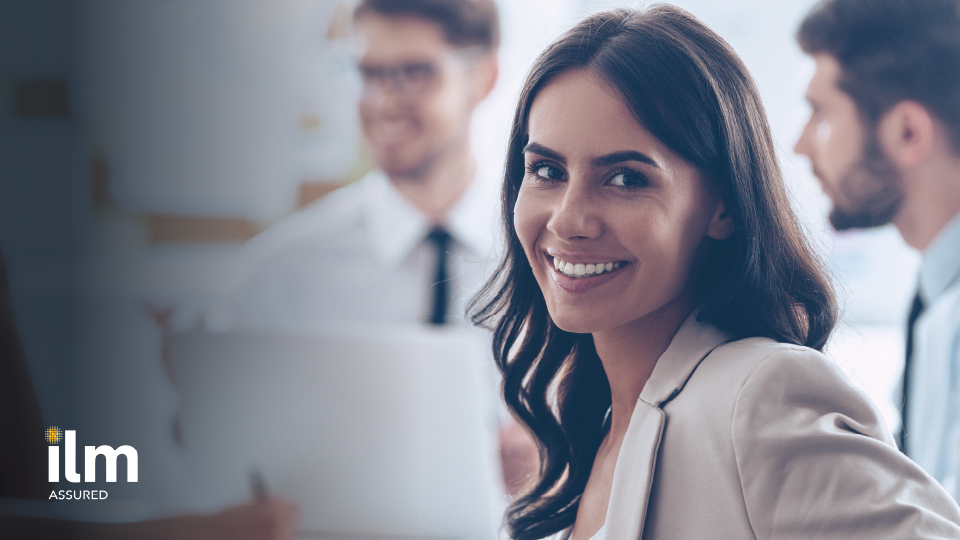 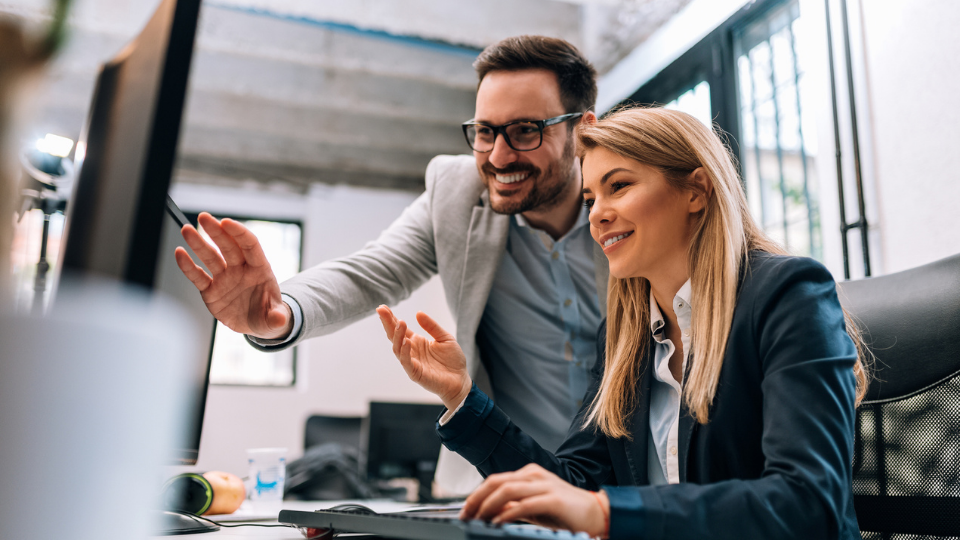 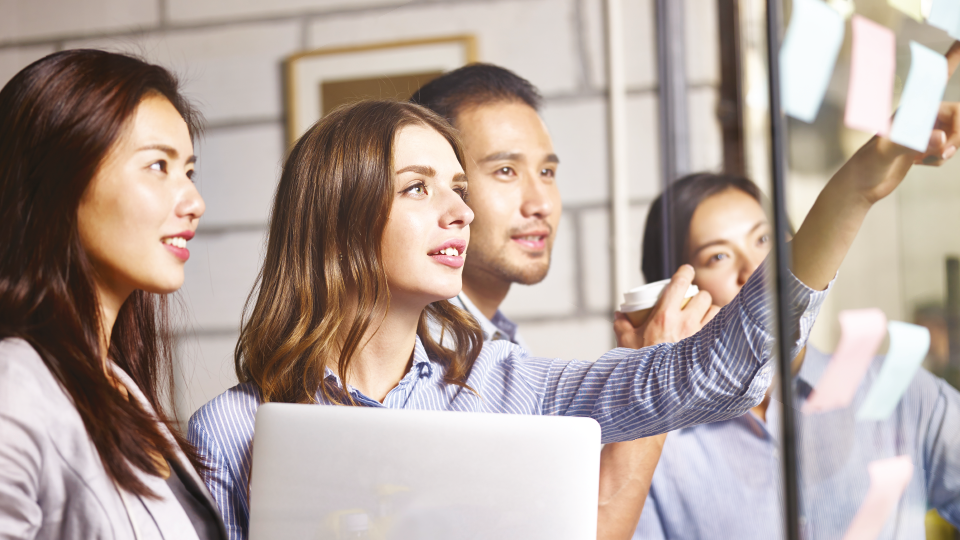 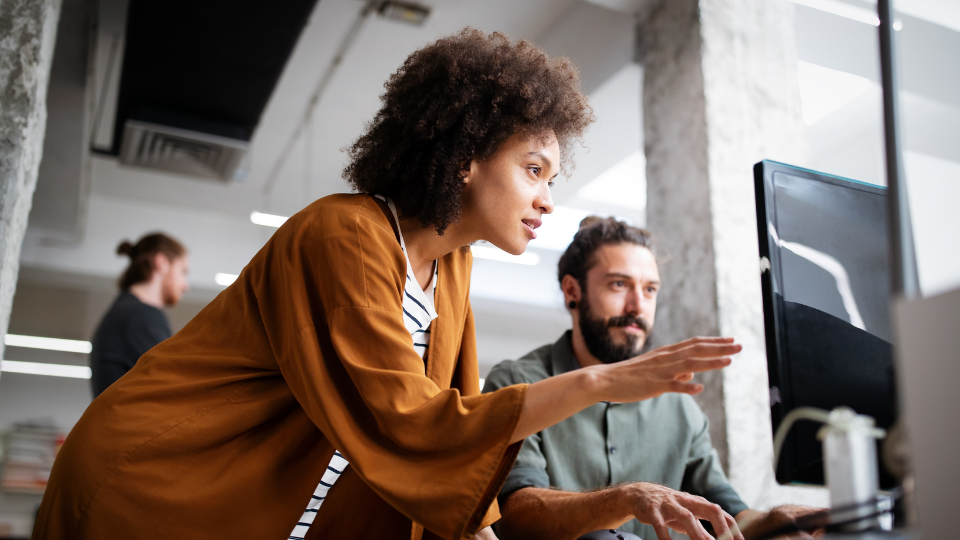 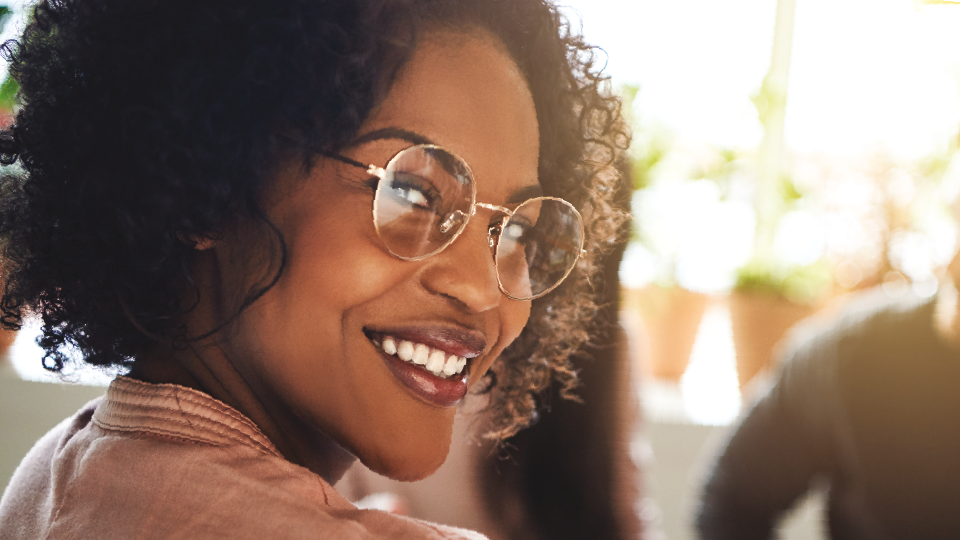 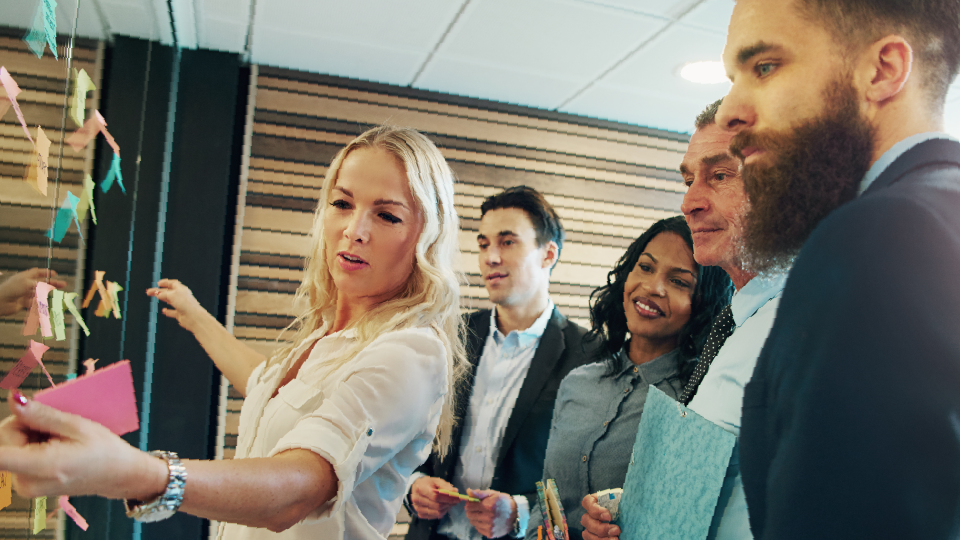 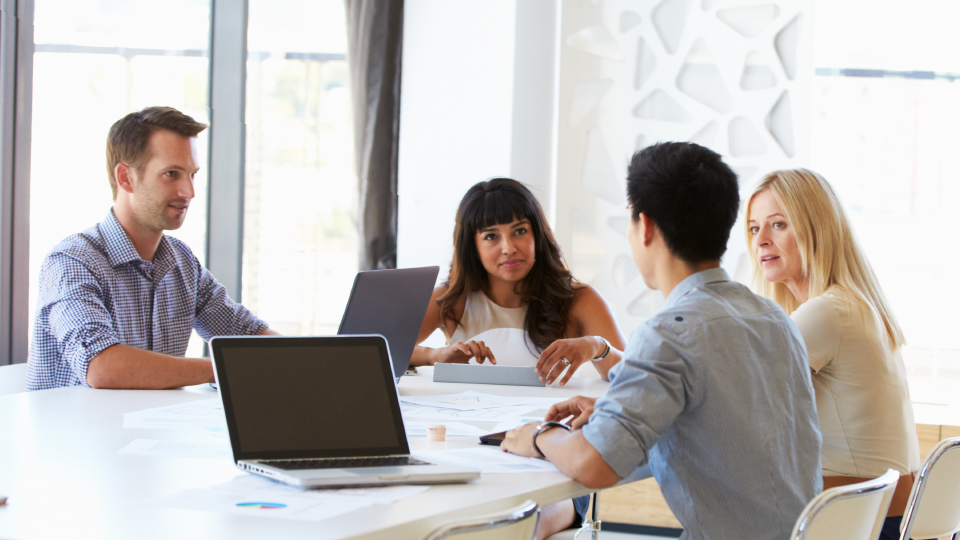 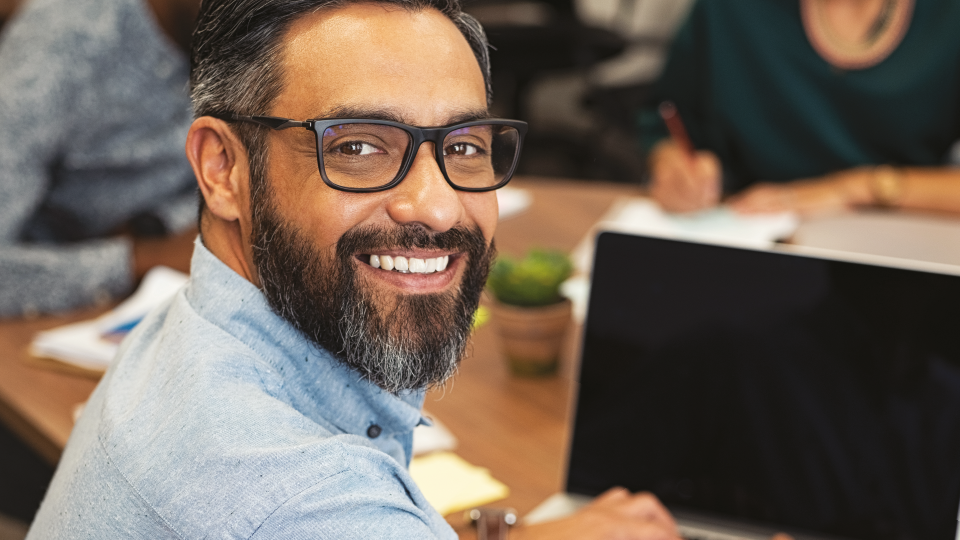 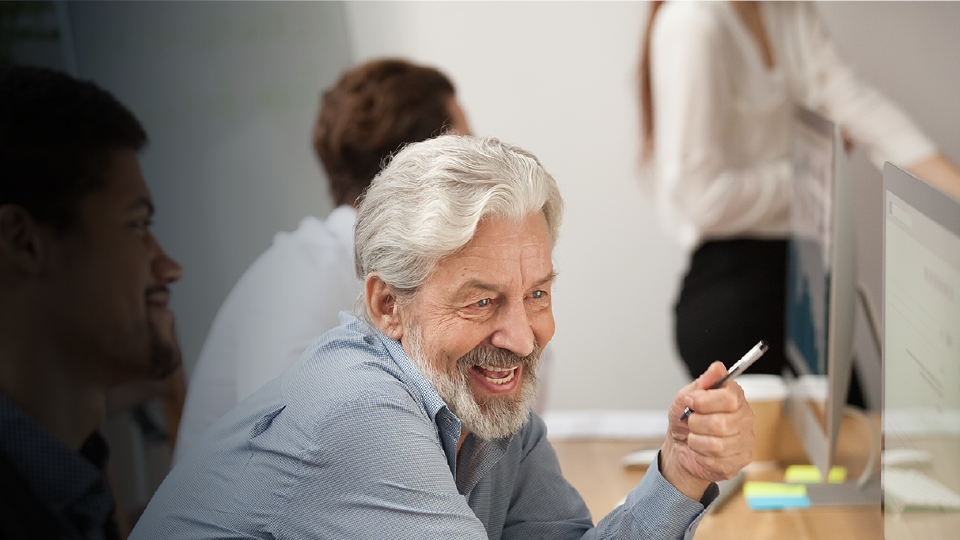 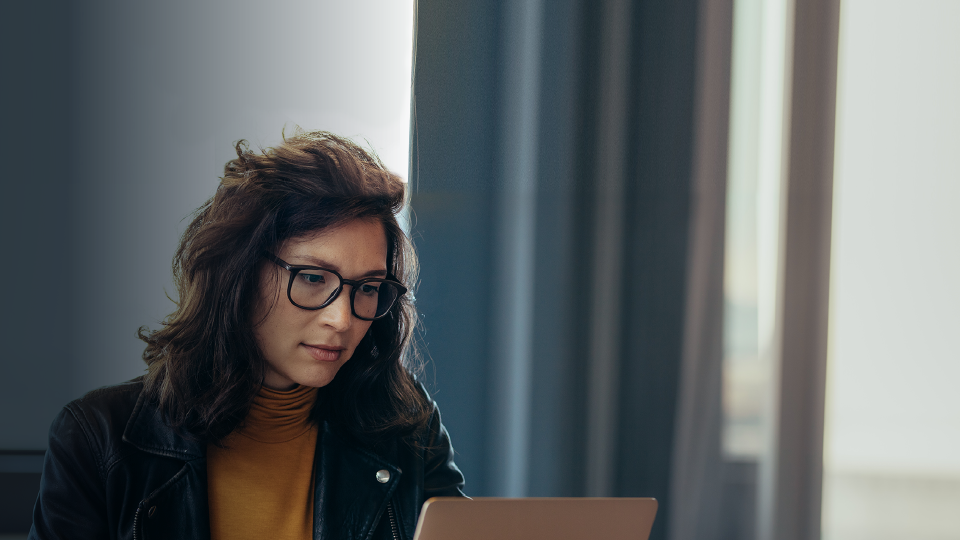 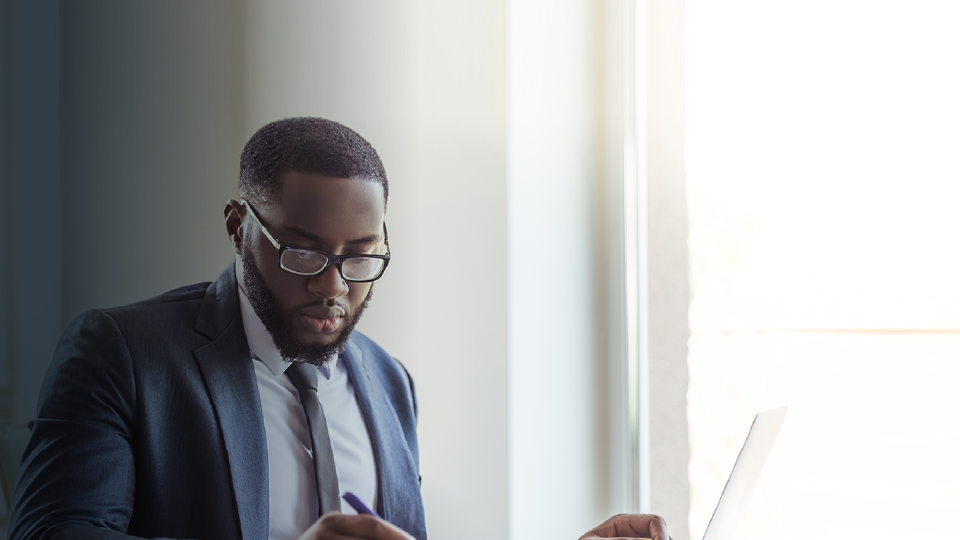 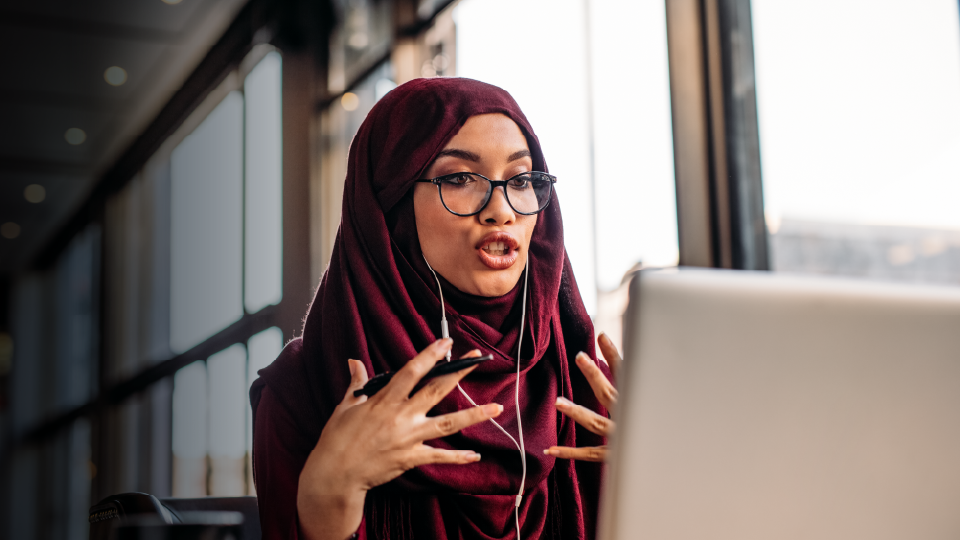 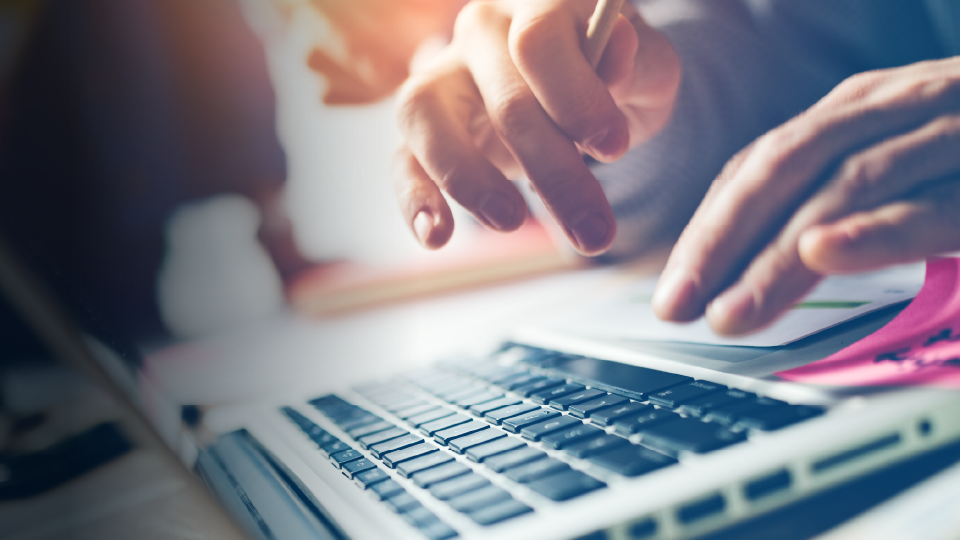 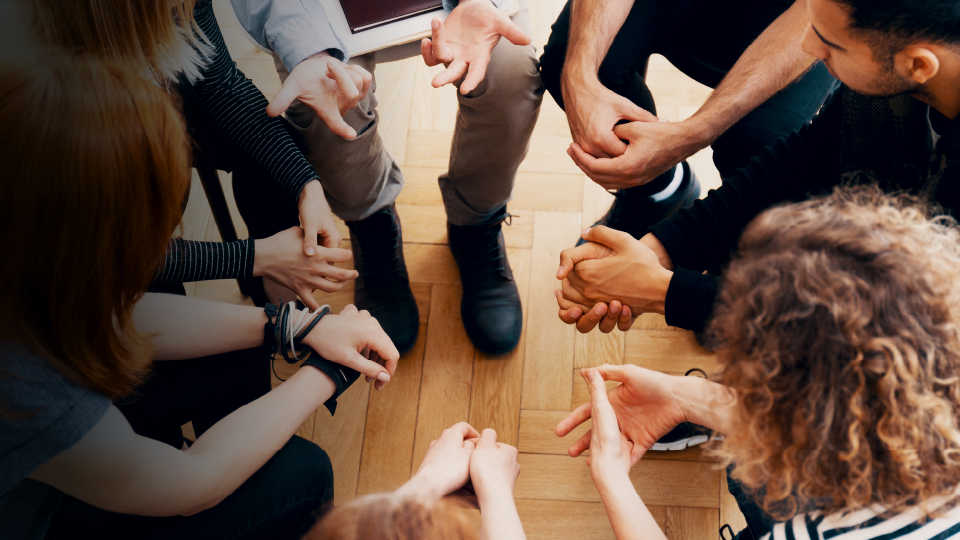